In God We Trust… Everyone Else We Monitor

Ten years ago, I was sitting in my MBA class in GIMPA getting ready for lectures when my friend Coby Asmah walked in. As soon as he settled into his usual seat next to me he turned to me with a bewildered look and said “two planes just crashed into the World Trade Centre.” I turned to him in disbelief and said “How possible?” And that was my introduction to the events on September 11, 2001 or 9/11 as they call it. Over three thousand lives were lost as terrorists seized four planes and sent them plunging into sensitive American installations.

Those incidents in New York, Washington and Pennsylvania were to change the course of history. The eyes of the world were forcibly opened to the reality of our own vulnerability and the destructive potential of person(s) committed to killing the innocent and willing to take their own lives in the process. The war on terror was launched, internal security strengthened across several nations and American installations on foreign soil reinforced to reduce the attendant risk. How does that affect you thousands of miles away in Accra, Sydney, Tokyo, Beijing or California?

“Trust is like a vase.. once it’s broken, though you can fix it the vase will never be same again.”

In reality, you might be paying for it in ways you may never have considered. In his book, The Speed of Trust, Stephen M. R. Covey establishes a correlation between trust, speed and cost. He suggests that trust is positively related to speed and inversely related to the cost of getting things done. As a result, where trust is high, things get done faster and at a lower cost. On the other hand, in low trust situations, things proceed slowly with all manner of checks and naturally higher costs. He contrasts air travel before and after September 11 to buttress his point. Today, travellers require longer periods to go through all the immigration and security checks. You may therefore need to check in at least three hours prior to an international flight instead of an hour as was the case previously. Today, when you approach a security point, foreign mission or airport dressed in a particular way you can almost guarantee that you will be given “special treatment.” Interestingly, in addition to the time wasting, there are extra costs borne by the traveller as a result of these changes.

Can anyone blame governments and nations for being extra careful? Obviously not!!! Since 9/11, similar incidents in Madrid, London, Dar es Salaam, Nairobi and a number of unsuccessful attempts or plots give cause for concern. There is a Ghanaian proverb that literally translates as “The person who has been bitten by a snake gets terrified at the sight of a millipede.” While some measures may seem highhanded and stiff, families of victims of 9/11 might probably have wished there had been even more in place. The words “NEVER AGAIN!!!” became the universal mantra after the attacks.

Have you experienced your own personal 9/11? Have you had your business ‘terrorised’ by trusted employees while you were looking the other way? Has your faith been shattered by someone you trusted who took away everything you had toiled so long for? Have you invested in a home and other assets with your spouse only to lose it all in a divorce? Have you learnt any lessons? Are there measures in place to prevent a recurrence? Are the ‘terrorists’ who raped organisations still prowling around unobserved and ready to pounce again?

Careful monitoring is an integral aspect of responsible leadership at all levels. Management expert Brian Tracy says “Inspect what you expect.” In a discussion on ‘Effective Supervision’ with one of my mentors, Rev. Agnes Philips, she used the phrase “In God we trust… Everyone else we monitor.” The import of that thought-provoking statement has since remained with me.

When we act naively and fail to safeguard our businesses, assets or relationships, we behave like the nightingale and run the risk of losing everything God has blessed us with.  In our book, The Lord, Madiba and The Eagle, Comfort & I describe nightingales as beautiful birds that are also naïve and gullible. They typically sit on a perch and sing until a hunter strikes them down. “Nightingales” in business take things at face value. They trust easily and enter into transactions without duly signed agreements. A nightingale will hurriedly enter a relationship without thoroughly checking on their partner’s background. Nightingales do not consider a broad range of factors in making important decisions and easily come unstuck. Sadly, even after being defrauded, people with a nightingale mentality keep repeating the same mistakes.

You may have suffered setbacks in one area of your life or another. The pain of the past might still be fresh in your heart. However, the most important key is to learn the lessons and avoid a recurrence in future. As we remember 9/11 a decade after, it offers a unique opportunity to evaluate the “security installations” of our lives and their compliance with the complicated challenges of the present. It’s time to say “NEVER AGAIN!!!” 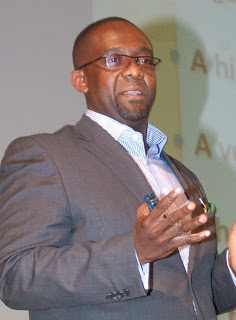 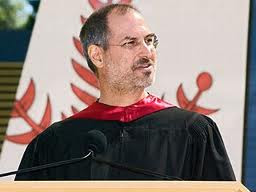